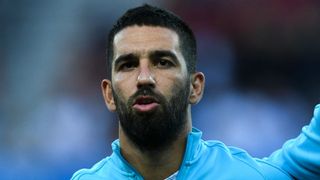 The Barcelona midfielder quit the national team in June in the wake of an altercation with a journalist on a flight back from a 0-0 draw with Macedonia.

Arda was said to have been furious that Milliyet reporter Bilal Mese was allowed to travel on the plane, due to media reports that circulated following Turkey's exit from Euro 2016 alleging infighting between players and a dispute with the Turkish Football Federation (TFF) over bonuses.

He later hit out at what he considered to be "slander" against himself and his family and confirmed at a media conference that he would not play for Turkey again.

However, after speaking with Lucescu – who succeeded Fatih Terim as coach on August 2 – the 30-year-old has decided to make himself available for selection once more.

"I re-evaluated my decision after talking to Lucescu," he said in a statement issued via his official Twitter account. "Footballers are needed for the honour of the national team.

"I will play for the national team proudly in the next matches. I want to be with my friends in the Turkey side."

"The team needs him and he needs the team," Lucescu added, as quoted by Daily Sabah.

Arda, who has been heavily linked with a move back to Galatasaray during the transfer window, has won 97 caps for Turkey since making his debut in 2006.