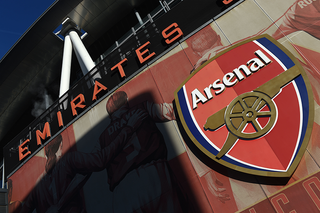 Arsenal have announced the signing of Greek defender Konstantinos Mavropanos, who joins the Premier League club from PAS Giannina.

The 20-year-old has joined for an undisclosed fee, which is reported to be in the region of £1.8million, and the length of his contract has not been announced.

Manager Arsene Wenger said following Wednesday's 2-2 draw against Chelsea that Mavropanos was being viewed as a prospect for the future and would likely be sent out on loan.

The Greece Under-21 international is the first Arsenal signing since the overhaul of the club's scouting and recruitment department.

Head of recruitment Sven Mislintat was brought in from Borussia Dortmund in November, taking over from long-serving chief scout Steve Rowley.