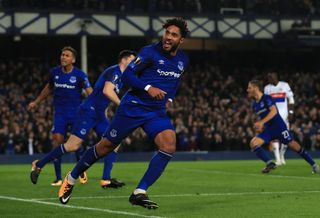 Everton have announced defender Ashley Williams will leave Goodison Park at the end of June.

Wales captain Williams, 34, who spent last season on loan at Stoke, made 73 appearances during his three-year spell at Everton.

“Everton can confirm Ashley Williams will leave the club when his current contract expires at the end of the month,” the Toffees said on their official website.

📋 | #EFC confirm Ashley Williams will leave the Club when his contract expires at the end of the month, while Leighton Baines has been offered a new one-year contract.— Everton (@Everton) June 7, 2019

Fellow central defender Phil Jagielka revealed on Tuesday that he was also leaving Goodison after 12 years with the club.

Williams signed a three-year deal when he joined Everton in 2016 from Swansea, where he had spent the previous eight years.

He punctured a lung and broke several ribs during Wales’ goalless friendly draw in Mexico in May 2018 and joined Stoke on a season-long loan the following August.

Williams, who made 37 appearances for the Potters, has been included in Wales’ squad for the Euro 2020 qualifiers in Croatia on Saturday and in Hungary on Tuesday.

Left-back Leighton Baines has been offered a new one-year deal, the club said.