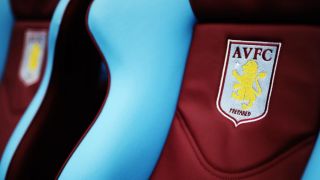 Aston Villa have appointed Steven Hollis as the club's chairman.

The club announced Hollis' appointment on Thursday and owner Randy Lerner was delighted with the addition.

Speaking of the appointment, Lerner said: "That Aston Villa can and should operate in a far more stable and on a far more successful level, both in terms of football as well as commercially, is plainly clear.

"It is similarly clear that this great club has not been on stable footing for at least five years. In May of 2015 I again reiterated my intention to sell the club or, in the alternative, to shift to a board governance structure that begins with the appointment of a new chairman; a chairman with a proven track record for getting into the thick of troubled organisations, working with embattled executives and getting results.

"Steve has taken the last six weeks to become familiar with the deeply serious predicament in which the club has found itself and has my total support to address the issues we face."

Hollis was surprised to be approached for the job and said chairing a Premier League club was not on his list of possibilities, but hoped to help Villa get back on track.

"As I have got to know Randy and spent more time with Tom Fox and Remi Garde it has become increasingly clear that a strong board that drives the necessary discipline and leadership will be at the core of the changes that are needed to overcome the under-performance Aston Villa has experienced over the last five years," he said.

"Our future success however lies in building a winning culture that is underpinned by a commitment to continuous improvement both on and off the pitch."