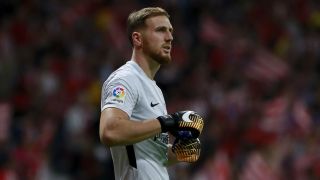 The Slovenia international has a deal with Atleti until 2021 that includes a buyout option reportedly worth €100million.

Liverpool and Arsenal have been linked with the 25-year-old but Atleti are taking steps to try to keep him at the club.

"We're going to try to increase Oblak's clause, but what we have to do is trust him," Gil Marin told Cadena COPE.

"We know he wants to stay and we want him to stay."

Oblak has become one of the world's leading keepers since joining Atleti from Benfica in 2014.

He kept a clean sheet as Diego Simeone's side won the Europa League final 3-0 against Marseille on Wednesday.