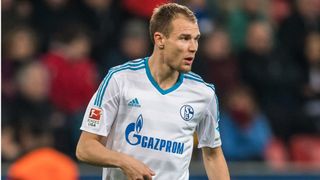 Holger Badstuber has revealed he is already in talks with several clubs as he prepares to leave Bayern Munich, though he said no decision has been made over where he will be plying his trade next season.

Germany defender Badstuber has been plagued by a series of long-term injuries in recent seasons and joined Bayern's Bundesliga rivals Schalke on loan in January, making 10 starts.

However, Schalke had already confirmed Badstuber would not be staying on at the Veltins-Arena, with Bayern adding that the defender's contract would not be extended, and the 28-year-old is now seeking a move away from the Bundesliga after 15 years on the Bavarians' books.

"The journey has come to an end here, and something new is coming to me now, which I'm really looking forward to," Badstuber told reporters.

"It was planned from the beginning that it would be five and a half months on Schalke.

"From my point of view, it was clear that I would not return to Bayern. Munich for me has been 15 years of pure love and passion, I will always remain connected to the club.

"I prefer to go abroad, but I am flexible on what that country is. There are already talks, but a decision has not yet been made."

Badstuber is set to make his final appearance for Schalke when they take on already-relegated Ingolstadt in the final game of the Bundesliga season on May 20.