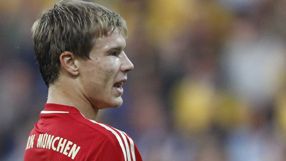 Badstuber missed the 2-0 Champions League win over Manchester City in midweek because of flu.

Striker Ivica Olic, out for five weeks with a partially torn hip tendon, also resumed training this week but is unlikely to be included in the squad.

Bayern have won their last 10 games in all competitions without conceding a goal.

Borussia Dortmund coach Jurgen Klopp expects his players to quickly bounce back from their 3-0 Champions League defeat at Olympique Marseille by winning at home to promoted Augsburg on Saturday.

"Now we have the chance to react to this defeat and we can do that against Augsburg," Klopp told reporters.

"We are not in a slump," he said of the champions who are down in eighth position. "We were the dominant team in the last four league games but could only get four points - that needs to change."

Defender Sokratis Papastathopoulos may return for second-placed Werder Bremen at Hannover 96 on Sunday after recovering from an adductor muscle injury.

The Greek international, who has played a key role for Werder this season, has been out for almost two weeks.

"I lasted through the whole training session [on Thursday afternoon] and I feel ready for Hannover," he told reporters.