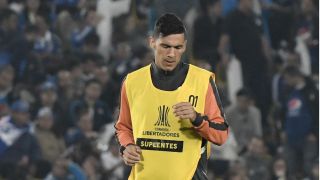 The 26-year-old moves to London Stadium for an undisclosed fee reported to be worth in the region of £4million.

"I'm really excited for this new challenge and my target is to meet the demands of the Premier League," the centre-back said.

"Obviously to be at West Ham is an extra motivation, and I want to do my best to help the team."

West Ham open their Premier League campaign at Liverpool on August 12 and are understood to be on the verge of making Lazio midfielder Felipe Anderson their club-record purchase.