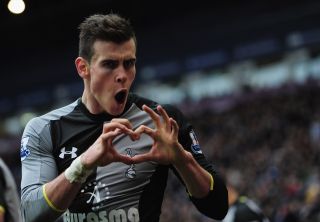 Bale – who has been the subject of public interest from Spanish giants Real Madrid over the close-season – is suffering pain in his foot that will keep him out of the club's season opener at Selhurst Park this weekend.

Real are reported to have made a world-record transfer bid for Bale and the 24-year-old may have played his last match for Tottenham, with Villas-Boas expecting him to be sidelined for a number of weeks.

The Portuguese manager was asked if Bale would play on Sunday and responded: "No, because he has been out injured for most of the pre-season.

"He was involved in the games that we had against Brentford and Swindon but not any more for different reasons.

"He pulled a muscle on his gluteus that prevented him from being involved for two weeks.

"He has been complaining with pain in his foot. I think the most natural thing is for us not to involve him in this new game coming against Palace."

Bale is said to be unhappy with his transfer situation and is believed to be in favour of a move to the Spanish capital.