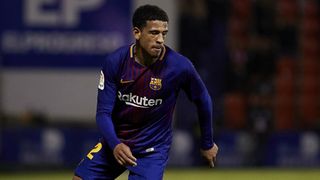 Barcelona's B team will play in Spain's third tier next season after suffering relegation from LaLiga 123.

A 0-0 draw with Albacete on Sunday sealed the fate of Francesc Xavier Garcia Pimienta's side with one match of the season left to play.

Garcia Pimienta was appointed as head coach in April after Gerard Lopez was sacked, but he has managed only two wins out of a possible five.

The news is a bitter blow to Barca's prestige and comes just 24 hours after the LaLiga and Copa del Rey winners watched rivals Real Madrid lift the Champions League trophy for the third year in a row.

It is expected Garcia Pimienta will stay in charge for next season in the Segunda Division B and will give more regular playing time to La Masia products in a bid to return the B team to the second tier.