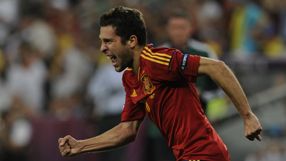 "I am not happy these negotiations [for Alba] have leaked out but they have," Rosell told a news conference as part of his annual review of the season.

Alba, who has turned in excellent performances at left back for semi-finalists Spain at Euro 2012, started out in Barca's youth ranks and could return in place of France international Eric Abidal who is recovering from a liver transplant.

Spanish media have reported Valencia want 15 million euros for the player, who turned 23 in March.

Rosell added preliminary financial results for the 2011/12 season suggested Barca would make a profit of 40 million euros, almost twice as much as the projected 21 million.

The cash will be used to pay debts which stand at a net 340 million euros.