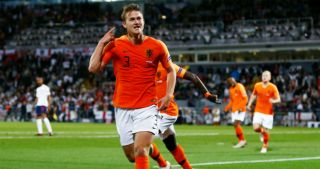 Barcelona, PSG and Juve have all been circling for his signature, but the Netherlands international has now agreed terms with the Italian champions - a five-year contract worth up to €24m a year, according to the Guardian.

Barcelona will be disappointed that their efforts appear to have been usurped, despite using several members of the club to try to convince De Ligt to choose them ahead of their European rivals.

Potential centre-back partner Gerard Pique spoke to him while they were both holidaying in the Bahamas.

PSG sporting director Leonardo remains in contact with both Ajax and De Ligt's agent Mino Raiola, meaning the French juggernauts haven't given up hope that they can scupper a move to Turin.

Juventus have the upper hand, though, and will open talks with the Dutch champions around a deal thought to be worth in the region of €70m.

LIST 9 bold transfer predictions that will DEFINITELY happen this summer