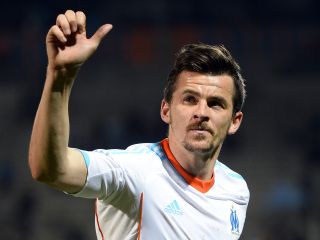 The 30-year-old spent last season on loan with Ligue 1 outfit Marseille, and declared that he would not play in the Championship this term prior to turning out in QPR's first four league games of the campaign.

Despite featuring prominently for the London club in 2013-14, Barton remains strongly linked with a move away, with Crystal Palace most recently touted as a potential destination.

But, when asked on Twitter about the possibility of a move to Selhurst Park, he replied: "They tried but it's not the right move for me and my family right now. Hope they stay up as I like (manager Ian) Holloway."

Barton joined QPR from Newcastle in August 2011, and went on to make 27 appearances for the club as they avoided relegation from the Premier League in his first season at Loftus Road.

However, the midfielder was sent off for violent conduct during a 3-2 defeat to Manchester City on the final day of the season and, though other results ensured QPR stayed up, Barton was handed a 12-match ban.

A season-long loan switch to Marseille was subsequently agreed, with Barton making 25 appearances in the French top flight as his new team finished second under the stewardship of Didier Deschamps.

Barton has helped QPR take 10 points from their first four games of the new season.