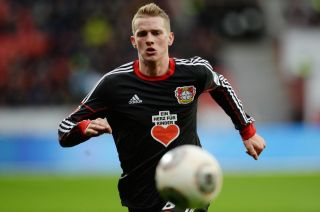 First-half strikes from Stefan Kiessling and Son Heung-min, as well as a Hakan Calhanoglu penalty, were enough to see off the visitors on Wednesday.

The win leaves Leverkusen one point off the top of Group C, giving them a good chance of progressing to the last 16 despite going down 1-0 to Monaco in their opening game.

It represented a fine return to Leverkusen's early-season form, which saw them score 22 goals in their first six games during a blistering start to the season.

And Bender could not hide his delight after his team got their European campaign back on track.

He told UEFA.com: "We were very ambitious, because our start in this Champions League was a little bit unsuccessful.

"We showed a very good reaction and a fantastic match. This win was extremely important, because we were standing with our backs to the wall. In groups like this you have to win your home matches."

The German outfit are yet to taste defeat at home this season and will hope to continue their favourable record when they welcome Zenit, who drew 0-0 at home to Monaco in the group's other game, to the BayArena on October 22.