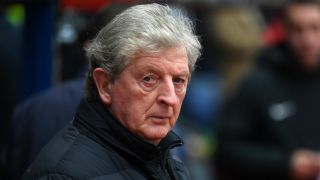 Tired of your mates recycling the same old football trivia questions from years gone by?

Bring them bang up-to-date and get them guessing with our Opta-powered Premier League quiz.

All the answers are at the bottom of the page, so you can claim the high ground when it comes to statistical knowledge!

1. Unai Emery and Jurgen Klopp will go head-to-head for the second time in their careers when Arsenal host Liverpool in a blockbuster at Emirates Stadium on Saturday. What was the year, competition and final scoreline of their only other meeting?

2. Burnley have lost their last two Premier League games 4-0 and 5-0. Only two clubs have ever lost three on the trot in the Premier League by a minimum of four goals. Who wasthe the mostrecent, in August 2010?

GAFFER | "You don't sit there and go 'well that's all been done' - you're actually hungry for more and think 'where can we take it now'..."Sean Dyche reflects on the last six years in charge of the Clarets. October 30, 2018

3. Manchester City goalkeeper Ederson has kept six successive clean sheets in the Premier League. Can you name the last goalkeeper to have gone seven in a row without being breached?

4. Crystal Palace boss Roy Hodgson has only ever recorded one Premier League victory against Chelsea at Stamford Bridge. Who was he managing at the time?

"There were a lot of players there tonight who needed a game and they didn’t let me down." October 31, 2018

5. Which player would Ryan Sessegnon beat to become the youngest player to score in consecutive Premier League away matches if he nets for Fulham against Huddersfield Town on Monday?