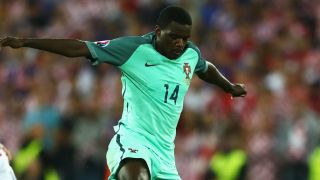 With deadline day looming, the Hammers are reportedly still in negotiations with the Primeira Liga club over a fee for the 25-year-old, who has a €45million buy-out clause.

Back-to-back Premier League losses to begin the campaign have heightened the urgency for reinforcements at London Stadium, but Bilic expects Portugal international Carvalho to arrive soon.

"It's hard to be objective, but I am quite confident," said the West Ham boss. "It's the position we have been trying to [cover] for a couple of seasons. I feel we need someone to boost our team and quality.

"That's why we also offloaded some players to get the budget for him or for another player in that position. The quality player and not the quantity one, a squad player. They are not easy to get them, but we are doing our best and hopefully we will do it."

The Croatian also dismissed reports linking the club with a move for Sunderland's Didier Ndong as an alternative to Carvalho.

The Hammers travel to Newcastle United on Saturday, having beaten League Two Cheltenham in the EFL Cup on Wednesday.