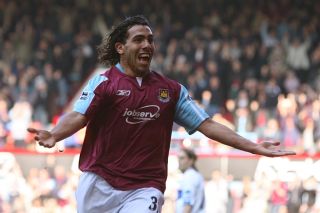 Sheffield United’s long-awaited return to the Premier League means the Carlos Tevez saga can finally be laid to rest, according to Blades captain Billy Sharp.

Twelve years have passed since the South Yorkshire club were relegated from the top flight following a 2-1 home defeat to Wigan.

Meanwhile, West Ham had beaten champions Manchester United 1-0 and Tevez’s goal at Old Trafford saved the Hammers from the drop and sent Neil Warnock’s team down on goal difference.

The Blades were furious that the Argentinian, who played a crucial role in West Ham’s survival by scoring six times in the final nine games of the season, was eligible to play at the end of the 2006/07 campaign after the discovery of third-party agreements had come to light in January.

An independent Premier League commission imposed a record £5.5million fine on the London club rather than a points deduction. Although, an independent FA tribunal found in Sheffield United’s favour a year later after they had appealed against the decision and the Hammers paid the Blades around £20million in compensation.

As a Blades fan, the controversy hurt Sharp at the time but he insist his wounds have healed now that his boyhood club are back in the Premier League.

“I actually really liked Tevez as a player and, obviously, that hurt when that happened. But that’s forgotten about now and we are back in the top flight,” said Sharp.

“I’m sure the games against West Ham will be fiery ones anyway and that will be brought back up again, but for me it’s forgotten. I have no grudges against Tevez.

“I’m a Sheffield lad and a Sheffield United fan and to be able to play in the Premier League with this club will be unbelievable.

“I remember signing back with the club when they had just been relegated from the Premier League and I thought we could bounce straight back, but it wasn’t to be. But we are back now 12 years later and I can’t wait for it.

“We’re the only team in Yorkshire in the Premier League, which is good for us. The club is trying to push on now.”