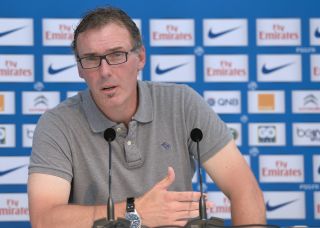 The Ligue 1 champions drew Benfica, Olympiacos and Anderlecht in Group C, with Blanc admitting his side had received some good fortune in their bid to reach the knock-out phase in successive seasons.

"I think the draw is satisfactory for us but we have a lot of respect for the other teams in our group," Blanc said on Friday.

"Talking about it is good but to win these games on the pitch is even better.

"Yes we are satisfied with the draw but we have a lot of respect for Olympiacos, Anderlecht and Benfica."

Blanc admitted he was happy to have avoided some of Europe's bigger clubs but warned his side, no matter what, each opposition would present their own unique difficulties.

"We could have drawn more prestigious teams and maybe teams that are more difficult to play but we will play against these teams and they will be a challenge," the 47-year-old Frenchman said.

"With any other group, it's always the same thing; we have to qualify, we have to get past the group stages, regardless of the opponents.

"It will be a Champions league game, so a game with a very high level of opposition."