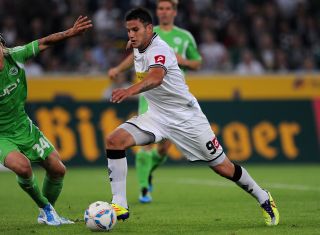 The Argentine attacker, who has played in Switzerland since midway through the 2011/12 season with stints at Young Boys Bern and Basel, has penned a three-year contract with Augsburg, while the transfer fee has not been revealed.

Bobadilla, 26, was pleased to return to Germany, where he played two-and-a-half years with Gladbach.

"I'm very grateful to FC Augsburg for giving me the chance to play in the Bundesliga again," Bobadilla said.

"I'm looking forward to it and will give everything to help the team achieve its goals."

Augsburg coach Markus Weinzierl was delighted to sign Bobadilla, who scored once in 10 games for Basel last campaign, after starting the season with 12 goals in 24 appearances for Young Boys.

"It's great that it's happened as Raul gives us another option up front and that can only help the team," Weinzierl said.