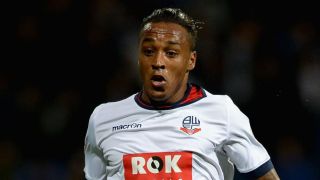 New Brentford head coach Dean Smith watched as his side threw away the lead in a 1-1 Championship draw at beleaguered Bolton Wanderers.

Former Walsall boss Smith was confirmed as Marinus Dijkhuizen's successor earlier on Monday, but took his place in the stands as Lee Carsley oversaw one final fixture in his role as caretaker coach.

Basement club Bolton, meanwhile, have been unable to pay their players' November wages and looked set for more misery when John Swift opened the scoring after nine minutes.

The home defence stood off the Chelsea loanee as he shaped to shoot at the edge of the box, giving him time to curl a delightful effort beyond goalkeeper Ben Amos.

Shola Ameobi fired just over for Bolton before Amos denied Lasse Vibe and Swift - the Brentford goalscorer subsequently booked for going down under the challenge of Josh Vela in the box.

Jake Bidwell headed just wide as Brentford missed a chance to double their advantage, with Neil Danns punishing that wasted opportunity by firing home a 65th-minute leveller via the post.

The visitors struggled to clear a cross from the right, leaving Danns to find the net with a half-volley from 18 yards.

Ameobi and Vibe failed to convert chances to settle the match before time was up, leaving the hosts three points adrift at the bottom of the table while Brentford are the same distance from the play-off positions.