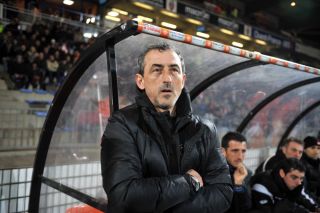 The 54-year-old succeeds Safet Susic, who was dismissed last month after a 3-0 defeat in Israel left them with just two points from four matches in Euro 2016 qualifying Group B.

Susic had led the team to their first appearance at a World Cup finals in Brazil, but the Balkan country sought a change of leadership to revive their recent poor form and Bazdarevic was named on Saturday.

Bosnia-Herzegovina are six points adrift of second-placed Wales in their European Championship qualifying pool and face a trip to Belgium in their next group game in September 2015.

"I am very happy and proud to be the new national coach," Bazdarevic told sportsport.ba.

"The situation is difficult and I think everyone is aware of that. We need to create a good atmosphere within the national team to get back a winning mentality."

Bazdarevic has previously coached the likes of Istres, Etoile du Sahel, Grenoble and Sochaux in France.