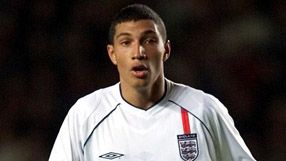 Speaking to FourFourTwo in 2002, the then Coventry City starlet revealed his aim to be playing for the national team, as well as in the top flight of English football, by 2007.

When asked what he hoped to be doing in five years time, the former Arsenal youngster replied: "Playing for my country and in the Premiership. I wouldn’t mind playing for any big team. I could even come back to Highbury."

While his hopes of a return to Highbury disappeared with the demolition of Arsenal's former home in 2006, Bothroyd will at least have been compensated by being able to train at the Gunners' London Colney training complex with his new England colleagues this week.

Bothroyd also spoke of his desire to surpass one of the players he has replaced in Fabio Capello’s squad, when describing his playing style.

"I like running with the ball, shooting and holding up the ball. I hold the ball up like [Emile] Heskey, but I’d like to score a few more goals than him," Bothroyd explained.