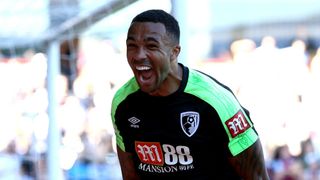 Bournemouth have announced contract renewals for Callum Wilson and Andrew Surman, while Lewis Grabban has been sold to Nottingham Forest.

Grabban spent last season scoring 20 goals in the Championship on loan at Sunderland and Aston Villa, with Forest having given the forward a four-year deal.

Wilson has put pen to paper on a new four-year Bournemouth contract, while Surman has agreed a one-year extension to keep him at the club until 2020.

"I'm delighted to sign," Wilson told Bournemouth's website. "It's nice to see the hard work I've put in be rewarded and I'm excited about the future."