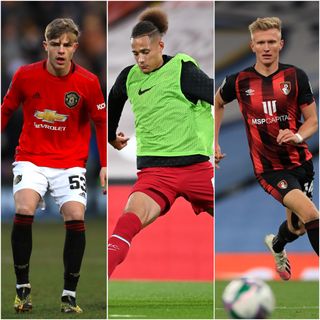 Brandon Williams, Rhys Williams and Sam Surridge have been called up to the England Under-21 squad.

The trio are included in Aidy Boothroyd’s squad for the first time ahead of the Euro 2021 qualifiers against Andorra and Turkey.

Manchester United left-back Brandon Williams has made 38 appearances for the club, including two in the Carabao Cup this season.

Liverpool defender Rhys Williams has played twice for the Reds this season, while Bournemouth’s Surridge scored in their Carabao Cup defeat at Manchester City last month.

Boothroyd’s side need four points to secure top spot in Group Three and they travel to Andorra on Wednesday before hosting Turkey at Molineux on Tuesday, October 13.