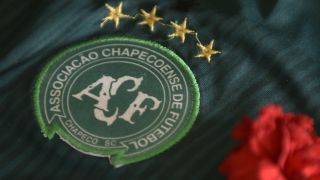 Chapecoense players, backroom staff and officials were among the 71 people to lose their lives when a flight carrying them to the Copa Sudamericana final against Atletico Nacional went down in Cerro Gordo, La Union in Colombia last week.

The footballing world has banded around Chapecoense and the country's governing body, CBF, are now ready stage a match at the iconic Maracana Stadium in Rio de Janeiro on January 22, with all proceeds going to the families of the players and staff killed.

"We have already contacted both FIFA and CONMEBOL," Feldman told SporTV on Monday.

"Maybe we can play that game on the 22nd, a week before the start of the season.

"We discussed for hours what that game would look like. And it was concluded that the best form would be a game of the Brazilian national team.

"We came to discuss Chapecoense's own hypothesis, with friends playing for the team, but we chose Colombia, a country that was on our side at the moment."