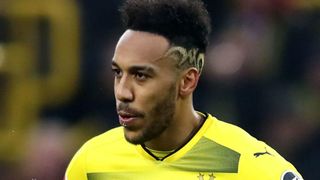 After sitting out last weekend's stalemate against Wolfsburg for disciplinary reasons, Aubameyang did not travel with Dortmund for Friday's 1-1 draw at Hertha Berlin.

The striker has been linked with Arsenal as a replacement for Alexis Sanchez, who appears set to join Manchester United in a deal that could see Henrikh Mkhitaryan move the other way.

And Arsenal have now stepped up their interest, with an offer for Aubameyang reported to be worth €50million.

"I can confirm that there has been a first request from Arsenal for Pierre-Emerick Aubameyang and we are not commenting on the sums that have been mentioned," Watzke was quoted as saying by Ruhr Nachrichten.