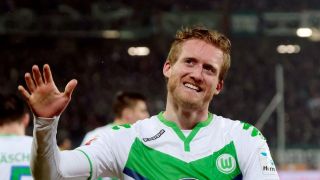 Borussia Dortmund have completed the signing of Germany forward Andre Schurrle on a five-year deal from Bundesliga rivals Wolfsburg.

The financial terms were not disclosed for the deal, which is Dortmund's second major signing in as many days after Schurrle's fellow Germany international Mario Gotze sealed a return from Bayern Munich on Thursday.

"Borussia Dortmund are one of the top clubs in Europe with a strong and extremely exciting squad," said the 25-year-old on the club's official website.

"I know from personal experience how much power BVB can develop through interaction with fans and look forward to being able to experience that for the first time, not as an awestruck opponent but as part of the team.

"In the coming years I want to celebrate success with Borussia Dortmund and I want to start training to convince the people that it was right to sign me."