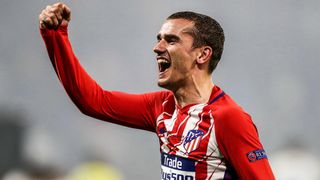 Antoine Griezmann has reaffirmed his desire to stay at Atletico Madrid, rejecting interest from Barcelona, by signing a new contract to 2023.

In a sensational triple announcement on Monday, Atletico also confirmed Thomas Lemar has agreed terms on a move from Monaco, with defender Lucas Hernandez joining Griezmann in renewing his deal at the club.

Monaco had already confirmed a preliminary agreement with Atletico was agreed for Lemar's arrival at the Wanda Metropolitano, with the France star's arrival adding to Diego Simeone's options.

Atletico were able to rebuff Barcelona and keep hold of Griezmann after the forward - a two-goal hero in the Europa League final - announced his intention to stay.

On the eve of France's World Cup bow against Australia, in which Griezmann scored a penalty, he confirmed he planned to stay at Atletico in a special documentary televised in Spain.