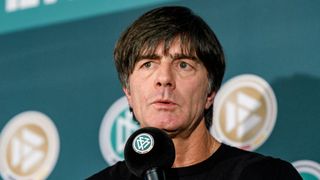 Joachim Low has agreed a two-year contract extension to take his time in charge of the Germany national team through to 2022.

Low's contract had been set to expire after Euro 2018 but the coach will now be in charge of Die Mannschaft through to the World Cup in 2022, which is being held in Qatar.

The 58-year-old was appointed by the national team in 2006 and led Germany to World Cup glory in Brazil four years ago, a 7-1 demolition of the hosts in the semi-final the highlight.

Germany are among the favourites again in Russia, having triumphed with an experimental young squad at the Confederations Cup last year.