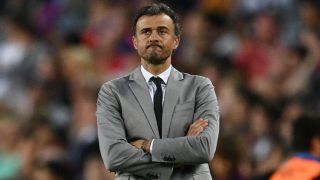 Spain's World Cup campaign descended into chaos just two days before their opening game with Portugal, as Lopetegui was fired as a result of agreeing to join Real Madrid after the event.

Fernando Hierro, Spain's director of football at the time, stepped in to take the reins over the course of the tournament, as La Roja were eliminated in the last 16 by Russia in a penalty shoot-out after a 1-1 draw.

Hierro left his post as coach and subsequently resigned from his role as director of football as well, leaving RFEF president Luis Rubiales with significant planning to do.

It emerged on Sunday that Rubiales was to put forward Lopetegui's successor to the RFEF's board on Monday and, shortly after doing so, Luis Enrique's appointment was made official.