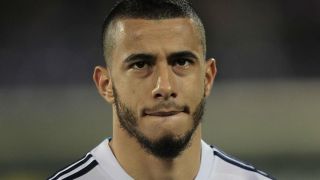 Schalke coach Andre Breitenreiter hopes the addition of Younes Belhanda to his squad will spark an upturn in form by increasing competition for places.

The 25-year-old Morocco international completed a six-month loan move from Dynamo Kiev on Tuesday, heading straight to Orlando to undergo a medical and join up with his new team-mates at their mid-season training camp.

Two wins in their last three Bundesliga matches have seen Schalke show glimpses that they are on the road to recovery following a run of five games without a win and Breitenreiter wants Belhanda to play his part in the club's push for a Champions League place.

"We want to increase the competition within the squad," said Breitenreiter. "Younes Belhanda can play attacking midfield both centrally and out wide.

"He is quick, dynamic and also has a good goal and assist tally."

Discussing the details of the deal, sporting director Horst Heldt commented: "If all the tests go smoothly and we complete all the paperwork, we can assume that Younes Belhanda will be with us on loan until the end of the current season."

Belhanda won the league and cup double with Dynamo last year, having previously claimed a Ligue 1 winners' medal with Montpellier in 2012.