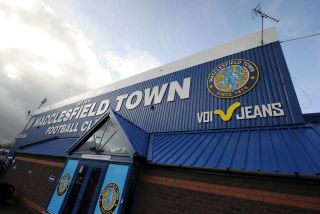 Macclesfield bosses have suggested Brexit is hampering their ability to clear club debts.

Tax officials have applied to wind up the Sky Bet League Two club, but a lawyer representing the Silkmen on Wednesday told a judge analysing the case that bosses were waiting for “international payments” to come through.

Barrister Niall McCulloch said he understood that Brexit was having “some impact” and asked for more time to pay.

Judge Nicholas Briggs, overseeing a hearing in the specialist Insolvency and Companies Court in London, said Macclesfield’s case would be reconsidered in a few weeks.

A lawyer representing HM Revenue & Customs did not said how much tax Macclesfield owed.

Earlier this year, another judge heard that the club owed the taxman about £70,000.

Judge Briggs was told on Wednesday that two other creditors were also involved, who said they were owed more than £190,000 in total.

McCulloch said some of those figures were disputed by Macclesfield bosses.