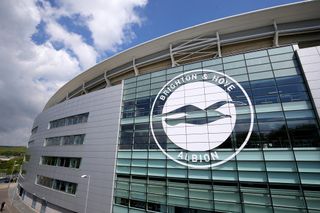 Brighton have excluded a supporter indefinitely for a discriminatory social media post directed at Manchester City following the 4-0 away defeat.

The Twitter post – now deleted, but which has been seen by the PA news agency – was made from the account of one of Brighton’s fan-run websites and included derogatory comments over the ownership of the Etihad Stadium club.

Having been made aware of the message and receiving several complaints into the club, PA understands Brighton contacted the group on the evening of the match, Saturday, August 31, to have the post taken down.

A club statement on Friday afternoon read: “Brighton & Hove Albion have excluded a fan indefinitely following a social media post made in the aftermath of last weekend’s match at Manchester City.

“The exclusion follows a number of complaints from fans who found the post to be discriminatory.

“The club’s stance on all forms of discrimination is clear, it is outlined in our club charter, and we simply will not tolerate any form of discrimination – either in person, via social media or any other form.

“We have reported this incident to Sussex Police, as have others, and therefore the club will make no further comment at this stage.”