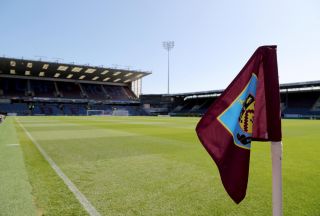 Burnley have handed a new contract to young Danish goalkeeper Lukas Jensen, tying him to the club until 2021 with the option of a further year.

The 20-year-old signed on a short-term deal in the summer and has now been rewarded for some impressive performances for the Clarets’ Under-23s.

“It’s been a long journey, but we are finally here and it’s the best feeling ever.

“I am delighted to have signed this with Burnley. It’s a big dream to do it with a Premier League club. It’s like a childhood dream came true.”

Jensen remains down the pecking order at Turf Moor, with Nick Pope the established number one, and Joe Hart, Bailey Peacock-Farrell and Adam Legzdins also on the books.

However, he hopes the new deal will afford him time to develop and move up the ranks.

“Hopefully I can keep learning from all the top goalkeepers at Burnley and kick on from here,” he said.