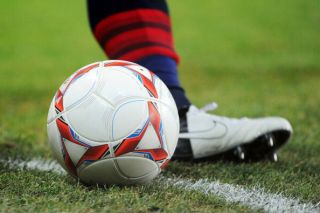 The tournament, which is being held for the 10th time, is Africa's secondary club football competition behind the CAF Champions League.

FUS Rabat, who ply their trade in Morocco, lifted the trophy in 2010 following a 3-2 aggregate victory over Tunisian outfit CS Sfax.

After being knocked out of the Champions League, they defeated rivals FAR Rabat 4-3 on aggregate in the play-off round to reach the group stages this time around.

One their biggest challengers in Group B will be Algerian side ES Setif, who finished as runners-up in the competition in 2009.

Their final over two-legs with Stade Malien ended 2-2, but they were agonisingly defeated 3-2 in a penalty shoot-out.

They will hope to go one better this year, and they start their campaign with a fixture against TP Mazembe.

Their opponents in that final are sure to once agin be in the mix for glory as they head the competition in Group A.

Malien, like FUS Rabat, were knocked out of the CAF Champions League but put their disappointment behind them to rout Burundi side LLB Academic 6-0 on aggregate in the play-off phase of the Confederation Cup.

Their opponents in the first round of fixtures Kedus Giorgis finished second in the Ethiopian Premier League, and they will be confident of challenging for a place in the latter stages.

Tunisian sides Etoile Sahel and CS Sfaxien complete Group A, with both teams looking to lift the trophy for the first time.