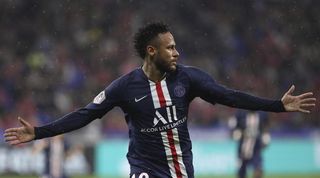 Cafu believes his fellow Brazilian Neymar is the most technically gifted footballer on the planet.

The PSG forward has arguably not kicked on as much as he would have hoped since moving to the Parc des Princes in 2017.

Neymar has yet to win the Champions League at PSG, although he has missed several knockout games through injury.

And the Brazilian superstar was forced to sit out his country’s triumph at last year’s Copa America due to an ankle problem, having endured a frustrating World Cup in Russia in 2018.

Nevertheless, former right-back Cafu – who won the World Cup with Brazil in 1994 and 2002, the latter as captain – believes there is no one as talented as his compatriot.

“Technically, Neymar is the best player in the world,” he told Fox Sports.

“Today, technically, nobody can beat Neymar. Not even [Lionel] Messi, although I am a fan of him. But he does not surpass him in terms of technical quality.”

“Have you ever seen him catching Thiago Silva and Tite in a discussion and solving the situation? No, because it is not his profile.”

“I speak again here, he is our greatest hope for winning a World Cup. With Neymar on the pitch, whether he wants it or not, eight opponents will stay connected to him.

“He is a reference, he makes room for others, he scores extraordinary goals, but, really, someone is missing who covers, someone is lacking the strength to fit in around him.”