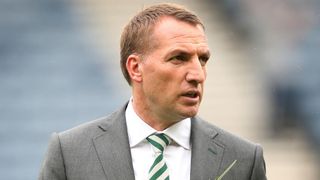 Brendan Rodgers believes Celtic are better equipped to cope with the demands of playing in the Champions League this season.

The Scottish champions face a daunting start to life in Group B on Tuesday, as they host big-spending Paris Saint-Germain.

A year ago, Celtic suffered a 7-0 loss at Barcelona on their way to finishing bottom of a group that also included Borussia Monchengladbach and Manchester City.

While PSG - boosted by new additions Neymar and Kylian Mbappe - have the firepower to cause problems to any side in Europe, Rodgers does not expect a repeat of Celtic's nightmare outing at Camp Nou.

"Their focus is on winning it. For us, 12 months ago, we were just getting ready for our first game and I didn't believe we were anywhere near the level we are at now," he said.

"We have developed a courage to play our game and have the courage to physically press and work teams. The attitude is everything in these games. If you stand off top-class players, they'll punish you.

"I'm also looking to forward to seeing how we play in counter-attack. At this level you have to stay calm, if you can't press the ball and press the game then you have to be very organised and we have the players to do that."