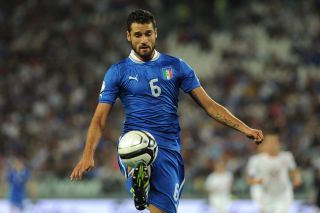 The midfielder was the subject of reported interest from Napoli in the close-season, having impressed for Vladimir Petkovic's side last term.

But he has now underlined his commitment to Lazio by agreeing a long-term deal that will run until 2018.

The Italy international initially joined the Rome-based club on loan from Udinese before new terms were agreed in July 2012 that afforded the club the option to buy.

Candreva has scored three goals in seven appearances this season, helping Lazio to seventh in the table.

He is likely to play some part in his country's forthcoming FIFA World Cup qualifiers against Denmark and Armenia, having already earned 14 caps.