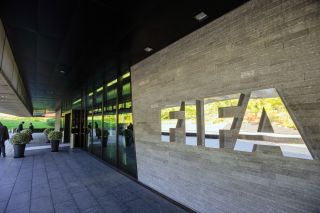 The Africans were kicked out of the final stages of the CAF qualifying competition after being punished for fielding an ineligible player in the win over Tunisia in September.

They had topped Group B of African qualifying after their 2-0 win over Nabil Maaloul's men in Rades. However, FIFA found the Cape Verdean Football Association guilty of fielding Fernando Varela, despite the defender not having served a full four-match suspension for a red card.

As a result, Tunisia were awarded a 3-0 walkover - enough to move them top ahead of Cape Verde and advance to a two-legged play-off clash with Cameroon instead.

Cape Verde appealed the original ruling but their case was dismissed early in October, prompting the Cape Verdean FA to now take the issue up with the CAS.

A statement from CAS read: "The Court of Arbitration for Sport (CAS) has registered an appeal filed by the Cape Verdean Football Association against the decision taken by the FIFA Appeal Committee on 23 September 2013, pursuant to which the FIFA Disciplinary Committee’s decision of 12 September 2013 was confirmed in its entirety.

"A regular CAS arbitration has been initiated and no procedural calendar has been fixed yet."