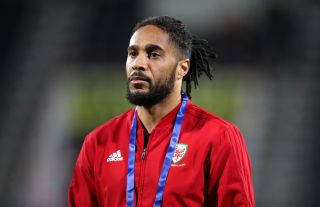 Wales captain Ashley Williams has been left out for the squad for the crunch Euro 2020 qualifier against Azerbaijan next month.

Williams, who turns 35 on Friday, is the third most capped Wales player of all time with only Chris Gunter (95) and Neville Southall (92) having made more than his 86 appearances.

But the veteran centre-half, who made his name at Swansea and spent last season on loan at Stoke, has been without a club since being released by Everton in June.

The PA news agency understands Williams has turned down offers from Greece, Turkey, the Middle East and the United States because he wants to continue playing in British football.

Bristol City could complete a move for Williams this week, but Wales manager Ryan Giggs has opted to name a 26-man squad without the player who captained his country against Hungary two months ago.

Aaron Ramsey and Ethan Ampadu both return after the injuries which ruled them out of the Euro 2020 qualifying defeats to Croatia and Hungary in June.

Former Arsenal midfielder Ramsey made his debut for new club Juventus in a friendly last weekend, while Ampadu has moved to Germany this summer after joining RB Leipzig from Chelsea on a season-long loan.

Bournemouth forward David Brooks is sidelined and will also miss the October qualifiers against Croatia and Slovakia after undergoing ankle surgery earlier this month.

But Giggs is boosted by the availability of talisman Gareth Bale, who is suddenly back in favour at Real Madrid after a public fall-out with manager Zinedine Zidane and an aborted move to the Chinese Super League.

Bale started Real’s first league game of the season last weekend and claimed an assist in the 3-1 win at Celta Vigo.

The 30-year-old’s influence is sure to be key if Wales are to keep their Euro 2020 qualification hopes alive.

Wales are six points behind leaders Group E leaders Hungary, albeit with a game in hand, and three adrift of Croatia and Slovakia ahead of Azerbaijan’s visit on September 6.