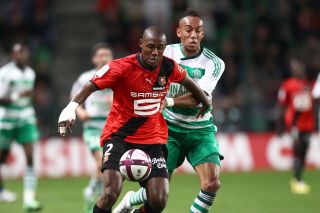 The 23-year-old has signed a four-year deal with the Premier League outfit, becoming their seventh signing of a busy transfer window following promotion from the English second tier.

"He (Theophile-Catherine) is someone we have tracked and watched for a period of time. He brings defensive strength and solidity to us," he said.

"We have to make sure we have cover everywhere and that we have players who are pushing each other. Kevin brings that from a top division in French football."

Theophile-Catherine, who is a product of Rennes' youth academy, made 29 appearances for the Ligue 1 side last term.

He has also been capped by France at Under-20 and Under-21 level.