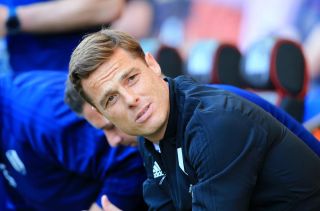 Fulham caretaker boss Scott Parker admits the club needs clarity to give them a perfect platform for a Premier League return.

The already-relegated Cottagers lost 1-0 at Wolves after Leander Dendoncker’s strike 15 minutes from time won it for the hosts.

It was Fulham’s 25th Premier League defeat of the season, ending a three-match winning run.

Parker has impressed since replacing Claudio Ranieri as caretaker in February but knows the club needs a plan after next week’s final game at home to Newcastle.

He said: “Not just for me, as a club ahead of what’s going to be a massive year, we need to have a clear idea of what way we are going to go.

“We’re seven days away from ending the season and a lot of planning needs to go into next year. I’m sure it’ll come in due course.

“We have shown real improvement and results have suggested that as well. Our main focus is planning for next year and what will be a massive campaign for us.

“My message has always been the same. I’ve enjoyed every minute of it. I want to be a manager and if it’s at Fulham, perfect. If it isn’t I’ll be a manager somewhere else. The owners will make the best decision for the club.”

The midfielder was an 88th-minute substitute for Andre-Franck Zambo in Saturday’s 1-0 defeat at Wolves ages 16 years and 30 days.

Parker added: “It was a massive moment for Harvey, I said to the boys he’s not entering the field for sentimental reasons or he’s a young kid and we want to give him a record. He deserves it.”

The visitors were already behind by then after Dendoncker steered in Matt Doherty’s cross.

Diogo Jota and Dendoncker had hit the bar but Wolves survived a let off at 0-0 when Aleksandar Mitrovic shot over.

Only Leicester can beat Wolves to seventh – and a Europa League qualifying spot if Watford lose to Manchester City in the FA Cup final.

Should the Foxes lose at City on Monday Wolves will wrap up seventh with a game to spare.

Boss Nuno Espirito Santo said: “It’s nothing to do with the table, it’s the how. We started with 18 players plus the goalkeepers.

“To do it requires the commitment of the players and staff – everyone. The chef who prepares the chicken after the game is important.

“It started two years ago and we will never forget where we came from. The FA Cup still has to be played, it would be stupid to think about that (Europe).”