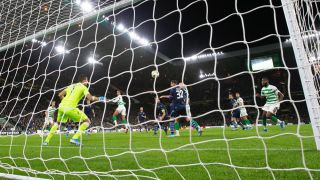 Celtic and Lazio have been charged by UEFA over “illicit chants” heard during their Europa League match last week.

In addition, the Scottish champions have been charged over the display of an “illicit banner” during the game, which the Hoops came from behind to win 2-1.

It is the third time this season Celtic have been charged by UEFA.

They were fined £10,400 earlier this month for letting off fireworks during their game against Cluj, and £11,000 for using flares and throwing missiles during their clash with AIK in August.

UEFA’s control, ethics and disciplinary body will announce any prospective sanctions at its next meeting on November 21.