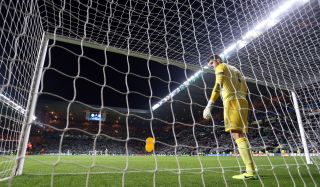 And after the EC revealed that, while they had not opened a formal investigation, they were investigating at least one complaint, Celtic issued a statement to rebuff the claims.

"Celtic Football Club operates to the highest standards and with the utmost integrity," it read.

"At a time when the club is committed to investing in and improving areas around Celtic Park, not only for Celtic supporters but for the benefit of the local community, it is sad that these baseless accusations have been raised with the European Commission.

"The historic transactions referred to were negotiated with the Council on commercial terms at market rates.

"The Club will assist the Commission fully with the process and will not be deterred from our work to improve our local area."

This comes after it emerged that the EC is also currently looking into whether several Spanish clubs, including Real Madrid and Barcelona, have benefited from public funding.