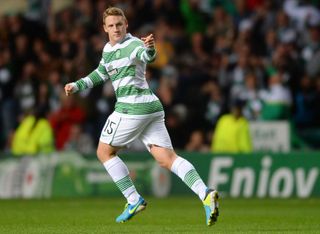 New manager Ronny Deila will face the champions of Iceland at home on July 15 or 16 in his first competitive game in charge of the Glasgow club.

The first leg is set to be played at Murrayfield as Parkhead will play host to the Commonwealth Games, with the return fixture played on either July 22 or 23.

Deila, who was appointed as Neil Lennon's successor after the Northern Irishman resigned last month, will be expected to see Celtic through against a Reykjavik side who sit fourth in the Icelandic top flight.

Former European champions Steaua Bucharest face Stromsgodset IF of Norway in the second qualifying round and the Romanian outfit will have home advantage in the second leg.

Lincoln Red Imps will become the first club from Gibraltar to participate in the Champions League when they lock horns with Faroe Islands club HB Torshavn in the first qualifying round - with the first leg played on either July 1 or 2.

The winner of the clash between those two minnows have the incentive of taking on Partizan Belgrade in the second qualifying round.

Estonian club FC Levadia Tallinn and SP La Fiorita of San Marino meet in the other first qualfying round tie.