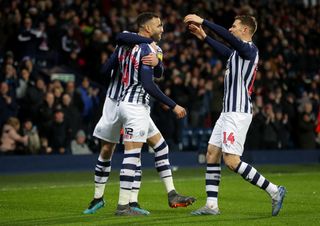 Season ticket holders at Championship clubs will be able to see all of their team’s remaining regular season matches as the English Football League announced a new arrangement with Sky Sports.

The broadcaster will screen 30 of the remaining 108 matches in the 2019-20 season in the second tier, which is set to resume on Saturday, June 20 after being suspended since March due to the coronavirus pandemic.

That restart date is subject to the season being able to resume on a home-and-away basis – the PA news agency understands the UK Football Policing Unit is seeking the views of local forces about whether there are any fixtures they think should be moved to neutral venues.

Season ticket holders will be able to watch any of those 30 matches via iFollow if it involves their club, irrespective of having a Sky Sports subscription, while the other 78 matches will be available to supporters of the individual clubs involved via iFollow if they have a season ticket, and will not be accessible via the red button on Sky.

Access to viewing the games will be determined by the club with whom the supporter holds the season ticket, and the access to view may be in lieu of a refund of an actual season ticket or offered as part of a wider package.

Supporters who do not possess a season ticket but want to tune into a particular game will be able to buy a £10 match streaming pass.

It is understood the Championship fixture schedule and broadcast selections will be finalised next week, and in a small change to the previous plan the last round of regular season games will now take place in the midweek of July 21 and 22.

The Championship play-off final will now either be played on Sunday, August 2 – the day after the FA Cup final – or on Monday, August 3.

The streaming arrangement has been possible as part of a settlement reached between the EFL and Sky. The league said the arrangement has “limited financial impact” to its clubs, at a time when they are without gate revenue with supporters unable to attend matches.

Matches will be played at 6pm or 8pm on Fridays, 12.30pm, 3pm or 5.30pm on Saturdays and 12pm on Sundays. Midweek matches on Tuesdays and Wednesdays will kick off at either 5pm, 6pm or 8pm.

EFL chairman Rick Parry said: “I would firstly like to thank the team at Sky Sports for their patience and support whilst we have worked through some of the complex issues surrounding our agreement that have arisen as a result of live sport being unable to take place due to the current crisis.

“There is no question that COVID-19 has detrimentally affected all industries and, whilst we have only ever wanted to return when it is safe to do, we have always understood that when we did, we had to balance the requirements of our broadcast partners with the unique and challenging financial circumstances that our clubs face.

“We are delighted to have reached such an agreeable and sensible arrangement that ensures the financial impact to clubs is minimised, Sky Sports are able to get their football business back up with one of the most eagerly anticipated Championship run-ins in years and, importantly, fans get access to games during a period where guidelines prevent them from attending in person.”

The EFL’s 71 clubs will vote next Tuesday on a framework to end the season should it need to be cut short. With no restart date set for either of the bottom two divisions and only the clubs set to be involved in the League Two play-offs back in training, it seems almost certain that the League One and Two regular seasons will be curtailed.

League Two clubs have already indicated their wish to curtail the season.