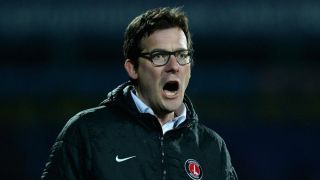 The Belgian was appointed to replace Guy Luzon on October 25, but receives his marching orders with the London club sitting 23rd in the table after only two wins in his 13 league games in charge.

Charlton lost 5-0 at Huddersfield Town on Tuesday in a performance that prompted the players to agree to refund travelling supporters, with captain Johnnie Jackson describing the display as "disgraceful".

Fans have made multiple protests against the club's owner, Roland Duchatelet, who is now looking for his sixth manager since taking control two years ago.

Charlton have announced that first-team coach Wim de Corte, assisted by Jason Euell, will take charge of Saturday's game at Hull City, with the search for a new boss already under way.