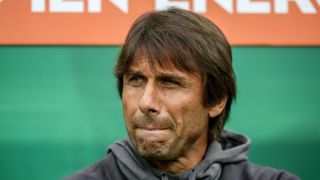 Chelsea will face Werder Bremen in their final pre-season friendly ahead of the 2016-17 campaign.

The Blues will travel to Germany for a match on August 7, one week before they open their Premier League season at home to West Ham on August 15.

Chelsea lost 2-0 to Rapid Vienna in Antonio Conte's first match in charge on Saturday, with a match against Wolfsberger also to come in Austria on Wednesday.

Conte's side then head to the United States to play Liverpool, Real Madrid and AC Milan, which will now be followed by a trip to Germany after the Bremen game was added to their schedule.

Bremen – who avoided relegation from the Bundesliga on the final day of last season – had previously been due to play Lazio, but announced the cancellation of that match on Friday due to concerns that far-right groups were set to cause trouble at the game.

"We are happy that we have been able to find such an attractive opponent for our official season opening at such short notice," said chairman Klaus Filbry.

"First of all, huge thanks must go out to Lazio, who reacted understandingly to the cancellation of our friendly, and also to our commercial partners who worked fantastically to set up such an impressive match in a very short time."