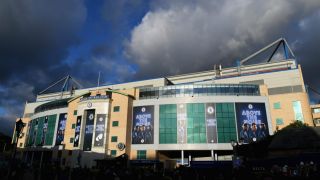 Chelsea have announced the appointment of Guy Laurence as the club's new chief executive.

Laurence, the former CEO of Rogers Communications and Vodafone UK, will take over the role from the start of February.

He was also a director of Maple Leaf Sports and Entertainment, which includes NBA team the Toronto Raptors, the Toronto Maple Leafs NHL franchise and MLS side Toronto FC in its portfolio.

Chelsea chairman Bruce Buck said: "We look forward to Guy joining the club during an exciting period for Chelsea on and off the field.

"He will be working with the owner [Roman Abramovich] and the board to increase our commercial revenues and maximise digital opportunities, identifying new ways to best serve our supporters here in the UK and further grow our international fan base."

Last month, Chelsea announced a record turnover for the year ending in June 2017, as well as a profit of £15.3million.