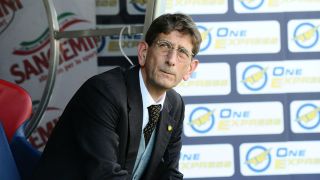 Serie A club Chievo have been docked three points and fined €200,000 by the Italian Football Federation (FIGC) after being found guilty of false accounting.

The charges were made against Chievo president Luca Campedelli and several of his directors for deliberately inflating figures in relation to transfer dealings with Cesena.

Campedelli has been handed a three-month ban, although the FIGC prosecutor had requested a three-year suspension and 15-point deduction for Chievo.

The penalty means the Flying Donkeys sit on minus-two points in Serie A, having taken one from their opening three games this season.

Lorenzo D'Anna's side travel to Roma on Sunday.